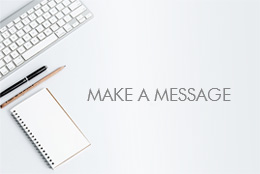 How to choose bathroom shower curtain?

Shower curtain rods are often used in our daily life. We all know that a good shower curtain rod in the bathroom is very necessary. A good bathing environment is what everyone wants.

First of all, the material of the shower curtain rod must be waterproof and corrosion resistant. Stainless steel is the first choice. No one wants to use their shower curtain rod for rust in two days. Second, according to the actual situation of their own home bathroom. if the shower area only has two walls, for example, your home is installed in the corner of the rain, that shower curtain rod can only choose the kind of arc of steel fixed to the wall, select the arc The shaped shower curtain rods are fixed with screws, which not only can leave enough space for bathing, but also save some external space. One disadvantage of this type of fixed circular arc steel pipe is that it is prone to loosening due to uneven stress, if the shower area has walls on three sides, for example, your home is a long bath, and more importantly: the shower curtain rod uses a " "Swell rod" on the wall on both ends of the line with a straight shower curtain rod is more convenient, select the screw is also OK, with the expansion rod is also OK, the expansion rod has a good, can be stretched, the limitations are much smaller, but stable Sex is not screwed well.

What is the material of the shower curtain?

Polyester is very common, but its hydrophobicity is not very good. It is generally easy to stick to the body when it meets water. It feels like a kind of polyester sports clothing that sticks to your body after sweating. A small workshop can be made with a polyester cloth. PEVA is currently very popular because it is molded directly on the machine and has a good overall feel. Moreover, after adding the fungicide, it can effectively inhibit the growth of mold and keep it clean. PVC is more complicated, ordinary PVC shower curtain prices are very low, texture is general, taste is quite large, but the quality is good. but. Low-halogen PVC is more expensive than PVEA and taste is much smaller.

The thickness of the shower curtain should not be chosen too thick. The bathroom is a semi-enclosed space. Our people need a lot of oxygen, and the water in the bathroom is hot, it is easy to accumulate hot air, and it is in such a semi-closed, hot and humid environment for a long time. Can easily lead to lack of oxygen dizziness, and too thick shower curtain is not easy to dry, easy to mold rancid. Therefore, the thickness of the shower curtain is 0.1-0.15mm, and the air permeability and water resistance are better.

1. The shower curtain is not a cumbersome pattern, but like a silhouette of a black flower shadow, with a lilac heart, can give people a mysterious and romantic feeling.

2. With bright yellow and purple flowers as the pattern of the shower curtain, let the bathroom look more rich atmosphere.

3. The shower curtain is best not to exceed three main colors, the color is too much too complicated to look at the eyes for a long time will produce discomfort, there must be a proper gap between the picture, the curtain should have a large background color, eyes look comfortable, bathroom Space will be comfortable.

2. The colors of the towels, curtains, and shower curtains in the bathroom should be unified to form a harmonious and comfortable bathroom space.

3. In the white bathroom that has been spread all over, use a simple white shower curtain to bring fresh and elegant feeling to the extreme. Then it is precisely this piece of white and white that gives a feeling of comfort and cleanliness.

After the shower, the shower curtain should be opened to allow air circulation and prevent mold. Silicone can be used to prevent mildew. Only a bundle of silicone can be used to absorb moisture. If the stain cannot be removed, you need to buy a new shower curtain. Use a sponge dipped in slightly damp soapy water to wipe the water and dust traces on the shower track or the tub door rail. Use an old toothbrush or swab to wash. Regularly clean the shower door with detergent or a cloth soaked in vinegar to prevent scale formation.

Canvas or cotton curtains, like other cotton fabrics, are washed with hot soapy water, washed and then burned. Most shower curtains only need to dry. Moldy spots are difficult to remove. They can be washed with light bleach and then wiped dry.

Previous article:
Why don't you use a table cloth? In fact, its role is very large
Shower curtains as a good alternative to curtains
Next article: